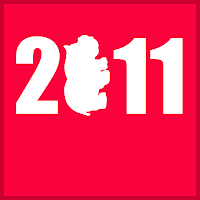 Our automatic content protection system has detected that your upload "2011 Mix" may contain content that is owned or licensed by Roc-A-Fella (JAY Z, Ni**as In Paris).
As a result, we have paused the upload of your audio for the time being.

So I've just uploaded it to hulkshare instead.

My first "live" mix. I've been meaning to do a "live" DJ set, and record it, for a while now and figured a 2011 mix would be the best opportunity to do it.

I didnt really plan it to much, just went through my iTunes looking for songs I enjoyed/played a lot this year. After I finished I realised I missed a few out. It was all done using the iPhone app "DJay".

I took the finished file in to soundforge and cleaned up some big mistakes but I left little ones. So there is some sketchy pitch areas and some not so fantastic mixing. But thats what I would expect from my first attempt. Track list is as follows